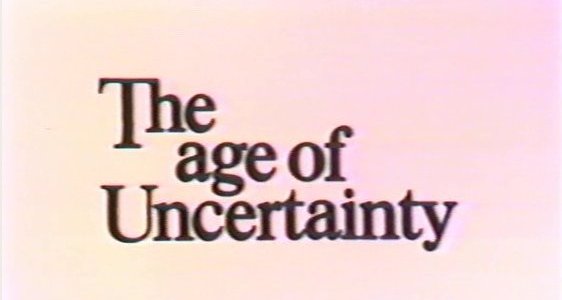 “Don’t mourn for me friends,
Don’t weep for me never,
For I’m going to do nothing,
Forever and ever”.

Those of you with an interest in sociology and economics (which, so far, seems to be at least some of the followers of this blog) should enjoy this excellent series of programmes by the liberal economist John Kenneth Galbraith: The Age of Uncertainty.  Originally broadcast in 1977 and co-produced by the BBC, the series has a quality to it, and relative objectiveness (despite my disagreements with the ideological outlook of its creator) which documentaries of such topics tend to lack in this neo-liberal period.

It’s rare to come across such creatively made documentaries as this -especially nowadays – which is truly artistic in its presentation and tone.  The visual effects and audio soundtrack are as tongue-in-cheek and subtle as Galbraith himself, whose language and presentation is often witty and ironic.  There are 15 episodes in the series (and a book), the first episode I have linked below.